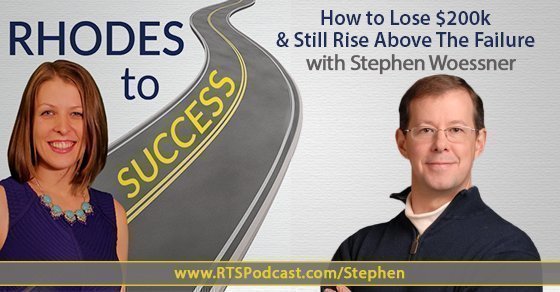 On this episode of Rhodes to Success, I interview Stephen Woessner, who is a digital marketing authority, entrepreneur, speaker, educator, podcast host, and bestselling author of two books. During the show, we discuss how Stephen used his business fail to level up, how failure in business affects family, unpaid interns, daily kick start calls, and mentorship.

Reasons Why The Event Was Cancelled

Next Level After Failure

Subscribe to the show in iTunes or Stitcher Radio!

The music in today’s episode was written by The Danger Os and produced by Nick Palmer. Check them out at https://www.facebook.com/thedangerosmakemusic

How can you use a business fail to level up? Find out w/ @stephenwoessner @JessRhodesBiz www.Rtspodcast.com