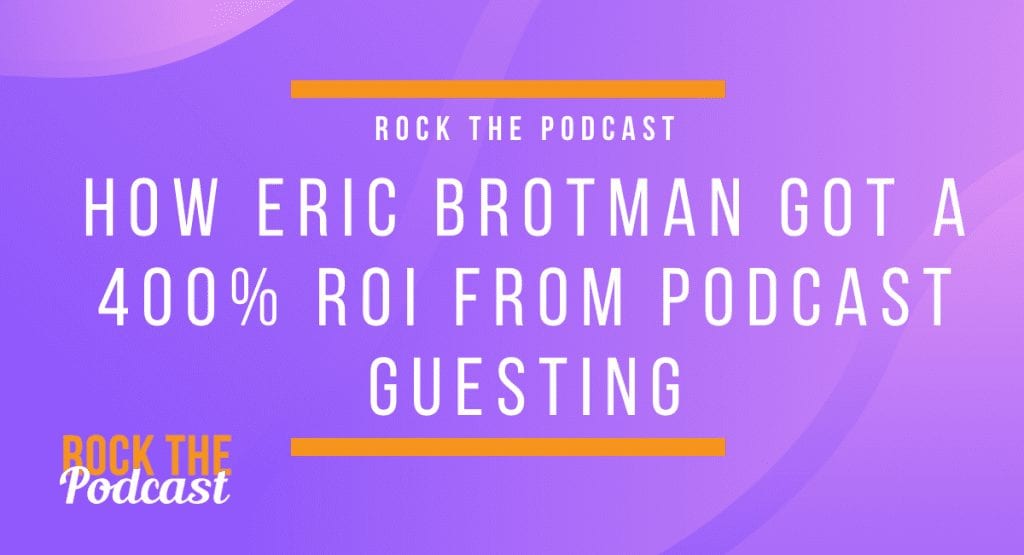 Eric D. Brotman, CFP®, AEP®, CPWA® is passionate about providing investment, retirement, estate, insurance, and comprehensive financial planning services to families, professionals, executives, and business owners. He began his financial planning practice in Baltimore in 1994, and founded Brotman Financial Group in 2003.  Eric is a champion for financial literacy education and volunteers for Junior Achievement of Central Maryland and the Eastern Shore.

Eric’s most recent book, Retire Wealthy: The Tools You Need to Help Build Lasting Wealth – On Your Own or With Your Financial Advisor, was published in 2014 by AuthorHouse.

He appears regularly on television on 11 News Sunday Morning on WBAL in Baltimore, and was interviewed by WMAR Baltimore / ABC2 News on a segment regarding the effects of Brexit for investors.

Eric was named as one of the “Maryland Power Players” by The Gazette of Politics and Business in 2010 and one of the “Very Important Professionals” by The Daily Record in 2011.

Eric met Jessica and Margy at FinCon 2017 where they were exhibiting for Interview Connections. At the time, he literally didn’t even know what a podcast was but he had a goal to expand his brand and ‘move the needle’ in his business.

Eric began his podcasting journey by appearing as a guest expert on a couple dozen leading finance and business podcasts in 2017.

In 2018, he flew to Providence, RI for a VIP Strategy Day with Interview Connections owners, Jessica Rhodes and Margy Feldhuhn to map out the launch of the second phase of his podcasting journey; hosting the show, Don’t Retire, Graduate!

Jessica and Margy worked with Eric to map out a strategy so his interview appearances on other shows, and his own podcast would ultimately lead to more clients in his financial planning firm in Baltimore, Maryland.

Eric has seen a 400-500% return on his investment with Interview Connections. One of his podcast interview appearances went viral and led to over 20 new clients in his firm.

Eric has also added over 2000 people to his email list by creating a landing page with a specific lead magnet that Jessica and Margy helped him create at his VIP Strategy Day in Providence.

To learn more about how you can work with Jessica and Margy privately for a VIP Strategy Day, emailguestexpert@interviewconnections.com.